The Driskill Hotel, completed in 1886, is the oldest operating hotel in Austin and one of the oldest in Texas. Conceived and built by Colonel Jesse Driskill, a cattleman who spent his fortune constructing “the finest hotel south of St. Louis” at a cost of $400,000 (that was a lot of money back then).

It has had a long and rocky history, but today the Driskill remains one of the premier hotels in Texas. What you might not know is it is also known as one of the most haunted hotels in the United States, featuring a variety of alleged supernatural activity throughout the building including the spirit of Colonel Driskill himself.

Be sure to check out the other shots of the grand hotel from last year. 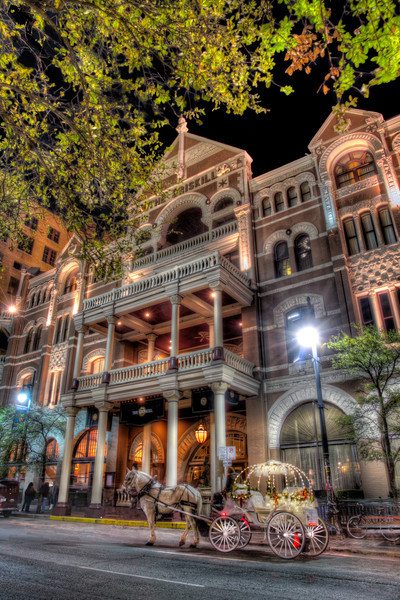 3 thoughts on “The Driskill Hotel”