Every school child in the state of Texas knows who Sam Houston is. Born in the Shenandoah Valley of Virginia, he later became the Governor of Tennessee, then defeated the Mexican army at San Jacinto to win Texas’ independence. He  became the first and third President of the Republic of Texas, U.S. Senator for Texas after it joined the United States, and finally as governor of the state.

He is honored throughout the state of Texas in many ways. The city of Houston is named after him as well as a memorial museum, a U.S. Army base, a national forest, a historical park, a university, and the largest free-standing statue of an American.  That’s not including a slew of schools named after him too. This statue is located in Herman Park, close to downtown Houston. 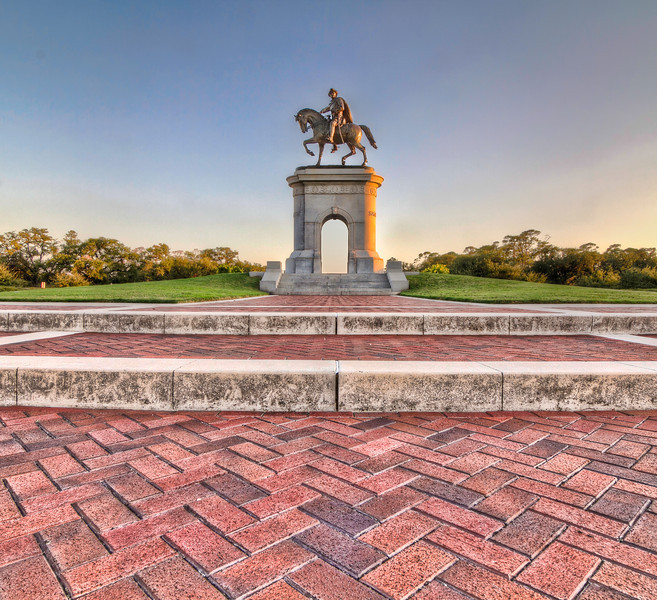